Calla is a first generation member from a net-idol group, Platinum Happy.

Personality, in a few words: Spacey and earnest with an odd sense of humor

”I’m pretty awkward, but I want to bloom into a strong flower. I’m Platinum Happy’s clumsy lily, Calla. Please cheer for me!” (2015-)

-Holiday Release "A Gift for You!": 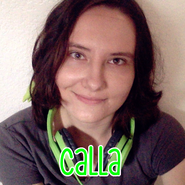 Calla's image photo as of November 2015 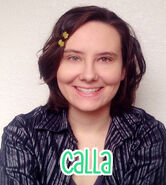 Calla's image photo as of December 2014 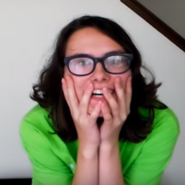 Calla during the moe challenge of the Mintea Girls PuraChallenge series

Calla in the Make It! PV

Calla's anime persona, as shown on the A Gift For You album cover 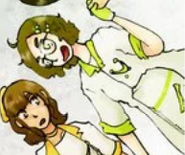 Calla's anime persona, as shown on the Paint it Platinum! album cover 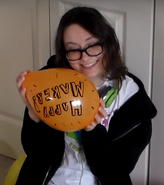 Calla in the Happy Maker PV

Calla in the Paint it Platinum! PV
Add a photo to this gallery
Retrieved from "https://jpop-netidols.fandom.com/wiki/Calla?oldid=6794"
Community content is available under CC-BY-SA unless otherwise noted.